The Central African Republic is a landlocked country which lies near the equator. It has an area larger than France and about 4 million inhabitants. It is one of the ten poorest countries in the world. Its history has been negatively impacted by the slave trade and colonialism. A civil war started in 2013 and the violent and armed attacks have continued in the recent years. Infrastructure is almost non-existent. Schools, hospitals, state administration, business, roads – these all only exist only to a very limited extent.

The Missionary Work of the Prague Infant Jesus

The Discalced Carmelites work in five towns in the north-west of the country (Bangui, Baoro, Bouar, Yolé, Bozoum). Several dozens of people work in the Carmelite mission at the present – monastic brothers and sisters from Italy, India and France, and also lay co-workers and volunteers. The missionaries select and recruit new brothers from amongst the local people. They gradually entrust them with tasks and responsibility in order to transfer the mission to them one day in the future. Their goal is to make the locals independent of the mission in the future.

As well as their primary task of preaching the Gospel and Christian conversion, the missionaries also work in the fields of health care, education, and agriculture – they implement many projects focused on those areas. They run ambulances, care for malnourished children and AIDS patients. They take part in preventive programs, run kindergartens, primary and secondary schools. They once established a hundred hectare oil palm plantation and also other utility crops. They support farmers and small holders and employ hundreds of people.

Father Anastasion Roggero, rector of our church, has been looking after material provisions for 33 years. He visits the mission regularly. ​A Czech Carmelite, Vojtech Kohut, recently spent five years living and working in the mission in Bouar.

Around twenty volunteers from the Czech and Slovak republic have worked in the mission since 1995, including a one-year stay by Prague surgeon Marcel Drlík. His book, entitled Czech Doctor in the Heart of Africa (Portál, 2003), was positively reviewed in the Czech media. It has been published in five languages and re-printed many times. Ludmila and Karol Bohm built a new school in the town of Bozoum in 2012. The dentist Věra Svobodová was among other volunteers. In school year 2013-2014 during a period of armed conflict, a Czech volunteer Vojtěch Bílý worked and taught in the town of Bozoum, currently one Czech other volunteer works there.

In 2018, two new schools were built in the villages of Konkere and Kpari, thanks to a donation from the friends of the Church of the Infant Jesus of Prague.

How can you support the mission?

The work of the missionaries in Central Africa is only possible with the support of many people who contribute financially according to their possibilities.

We thank to all donors for their support.

News from the Mission: 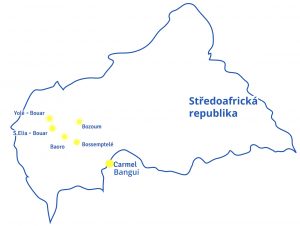 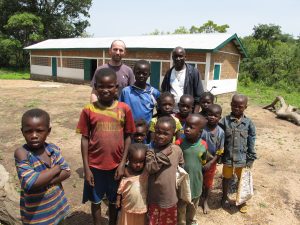 In 2018, two new schools were built
in the villages of Konkere and Kpari, thanks to a donation from the friends of the Church of the Infant Jesus of Prague. 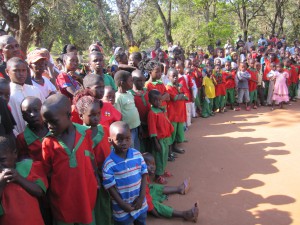 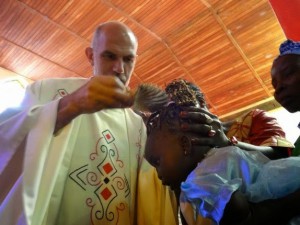 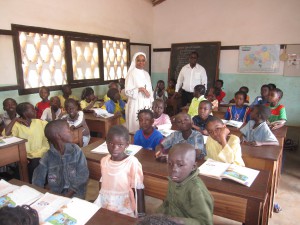 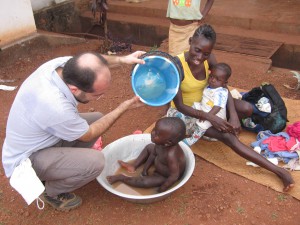